Di Di Hollywood tells the tale of an actress whose wish for stardom comes with much sacrifice. Her name is Diana Diaz, a young woman with a wild yet familiar dream: to become a star. And to win it all, she is willing to lose herself. Tired of working night jobs as a bartender, Diana finally decides to leave her homeland, her best friend Maria, and all of the bad memories Spain holds for her. She heads out for the bright lights of Miami, and despite its glamorous first impression, this new paradise proves anything but. Fed up with casting calls, hunger, and near-poverty, Diana continues to push forward, and with the help of new friends, makes it out to Hollywood. As Diana Diaz transforms into Di Di, the once ambitious bartender truly learns the price of stardom. 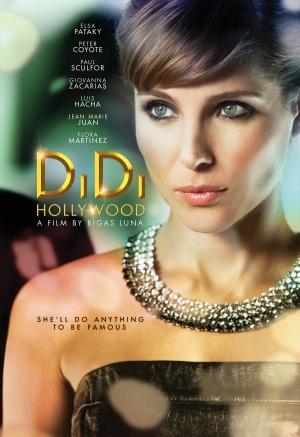